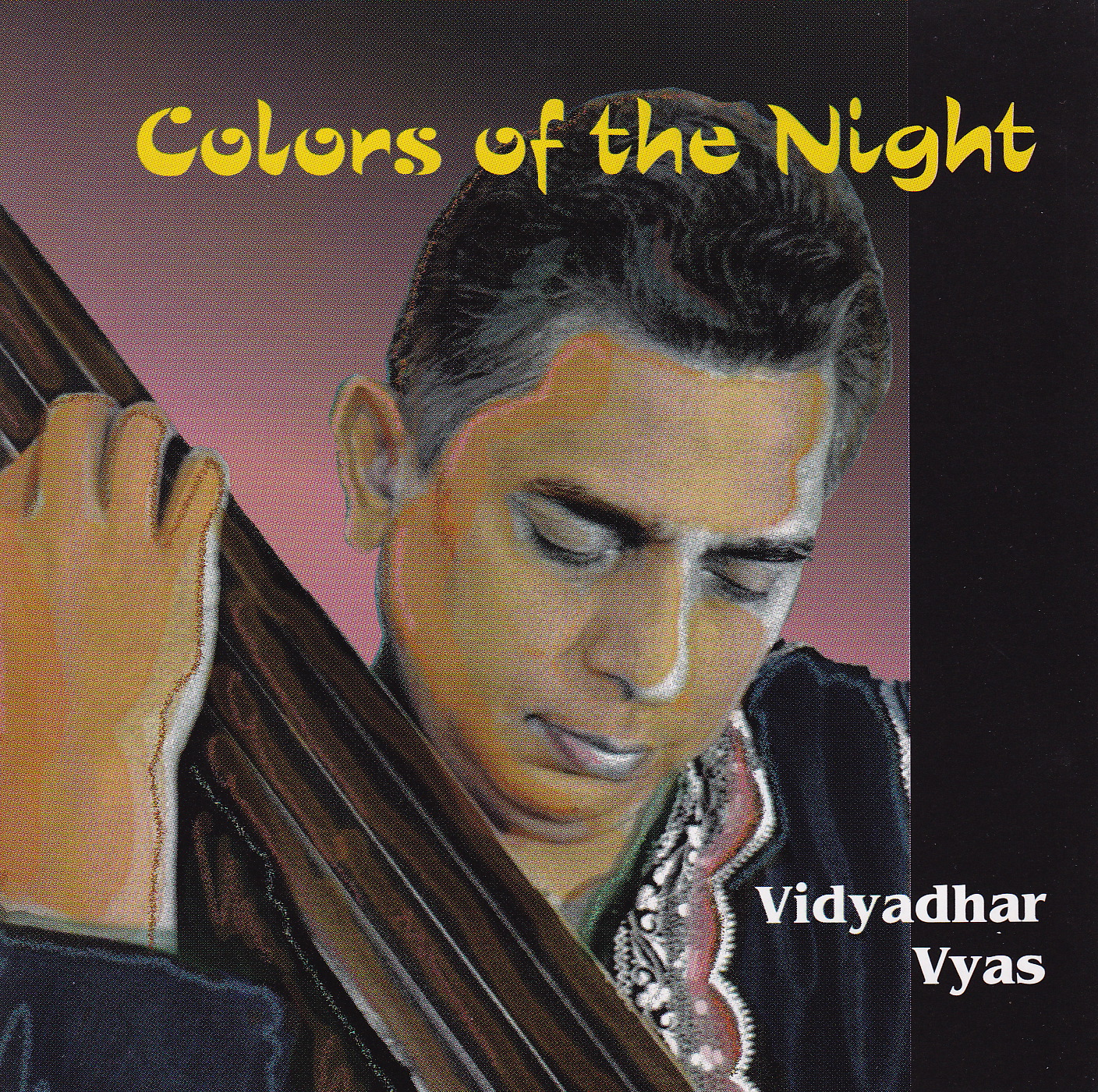 Colors of the Night – back cover

Colors of the Night showcases Pandit Vidyadhar Vyas in this Simla House© release.

His voice at times soft and soothing, at others strong and rhythmic, Pandit Vyas weaves an enchanting web of textures and colors in sound. A gifted musician, Pandit Vyas is blessed with a pleasing and hypnotic voice that soothes the savage beast within. With mediation and spirituality at it’s core, the tradition of North Indian classical music lives on and continues to spread it’s message of inner peace and higher consciousness through Vidyadhar Vyas.

The tabla accompaniment for this recording is provided by Ray Spiegel who frequently accompanies Vidyadhar Vyas on his concert tours. Ray has played with some of India’s greatest musicians such as Ravi Shankar, Alla Rakha, Aashish Khan, Sultan Khan, and Zakir Hussain’s Rhythm Experience. He has also played and recorded with the Grateful Dead, Patty Smyth, Mickey Hart, Diga Rhythm Band, and composes and records for movie and TV soundtracks.

Purchase COLORS OF THE NIGHT Online

Order the CD here: Alternatively, you may order from GooglePlay or from CDBaby.
Follow Ray Spiegel
Loading Comments...