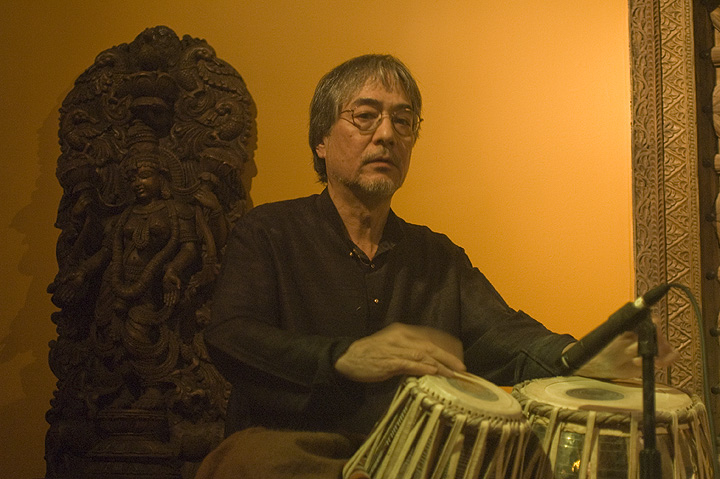 Ray Spiegel is a disciple of the late Tabla Master Ustad Alla Rakha since 1975, specializing in the Punjab Gharana (style) of Tabla playing. He has also benefited from the intensive training and guidance he has received from Ustad Zakir Hussain from 1973 to 1980. Ray began his formal training at the Ali Akbar College of Music in San Rafael, CA under Sri Shankar Ghosh in 1970. He studied with Sri B.S. Ramanna, (a disciple of Sheik Dawoodkhan of Hydrabad) in New Delhi in 1971 and 1972.

Spiegel also plays a variety of musical instruments such as Indian folk drums, Vibraphone, marimba, and assorted western and Asian percussion. He is head of Simla House, Inc. an independent CD label.

Ray spent his formative years in the San Francisco Bay area, where he was associated with musicians such as Ustad Zakir Hussain, Ustad Alla Rakha, Bobby Hutcherson, and at the Ali Akbar College of Music, studying tabla and playing in the Diga Rhythm Band (with Mickey Hart and Zakir Hussain), and various small combos.
Ray has received prestigious grant awards from the National Endowment for the Arts, and the American Institute for Indian Studies (Smithsonian Institute) to further his study of Tabla.

Ray playing vibes at The Falcon 2014